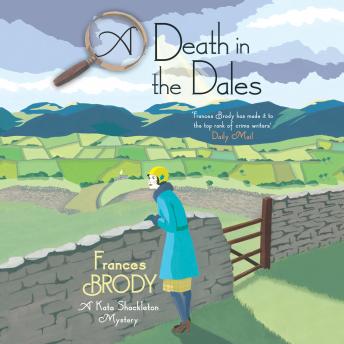 A Death in the Dales

Plagued with guilt, Freda Simonson, the only witness to the murder of the landlord of Langcliffe's tavern, believes that her testimony may have convicted the wrong man, but when she passes, the case seems closed. It just so happens, though, that Freda's nephew is courting the renowned amateur sleuth Kate Shackleton, who has decided to holiday in Langcliffe with her teenage niece, Harriet. When Harriet strikes up a friendship with a local girl whose young brother is missing, the search leads Kate to uncover a suspicious death and an illicit affair. As the present mysteries merge with the past's mistakes, Kate is thrust into the secrets that Freda left behind and realizes that Freda has entrusted her with solving the murder from beyond the grave.