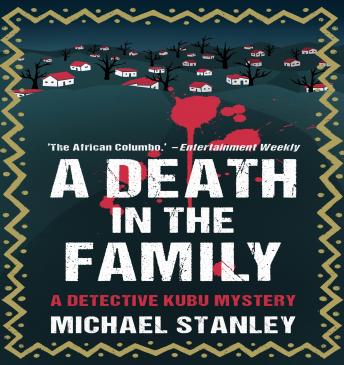 A Death in the Family: A Detective Kubu mystery

#5 of The Detective Kubu Mysteries

‘There’s no easy way to say this, Kubu.  Your father’s dead.  I’m afraid he’s been murdered.’

Faced with the violent death of his own father, Assistant Superintendent David ‘Kubu’ Bengu, the smartest detective in the Botswana police, is baffled.  Who would kill such a frail old man?  Kubu’s frustration grows as his boss, Director Mabaku, bans him from being involved in the investigation.

The picture becomes even murkier with the apparent suicide of a government official.  Are Chinese mine-owners involved?  And what role does the US Embassy have to play?

Set amidst the dark beauty of modern Botswana, A Death in the Family is a thrilling insight into a world of riots, corruption, and greed, as a complex series of murders presents the opera-loving detective with his most challenging case yet.  When grief-stricken Kubu defies orders and sets out on the killers’ trail, startling and chilling links emerge, spanning the globe and setting a sequence of shocking events in motion.