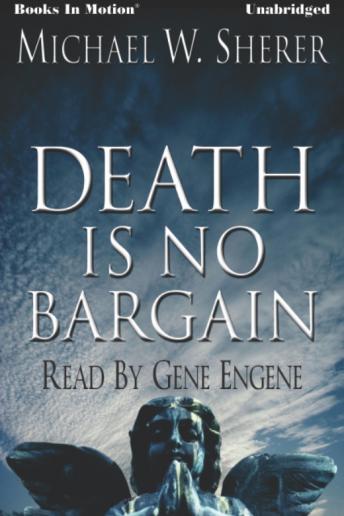 Death Is No Bargain

Freelance writer Emerson Ward is minding his own business one sweltering July day when Larry Forrester shows up at the door of his Chicago brownstone, accuses him of seducing his teenage daughter, Ellen, and tries to kill him. A week later, when Larry\'s ex-wife tells Emerson that Ellen has gone missing and asks him to find her, Emerson also learns that his girlfriend, Nell, is pregnant. While Nell and Emerson confront the difficult decision of whether or not to keep their baby, Emerson discovers that Ellen may have been facing the same dilemma. When a girl fitting Ellen\'s description turns up dead 250 miles away, Emerson drops everything to find out what happened before he can face his own conflicted feelings. Suspecting the worst, Emerson adopts an alternate identity and leaves his Chicago life behind, unsure if he\'ll live to return. The trail leads him on a twisted and deadly journey through the heated and sometimes violent debate over abortion and the sex scandals rocking the Catholic Church.