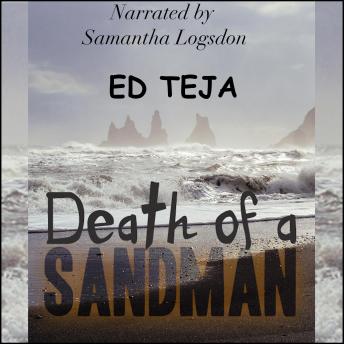 Death of a Sandman

The mysterious death of a popular figure at a Caribbean resort has inspector Johnny Cliff wondering why someone might want him dead. He didn't seem to have any enemies, but there's no question it was murder. And he still has to solve the case of Henderson’s dog disappearing. It’s busy times on the island.
~~~~~ Excerpt ~~~~~
Johnny Cliff looked out over the white beach, taking in the crystal clear water. It was a shame, really. The view had been ruined. Now the dead man lay on the sand where the waves broke, his body jerking with each incoming wave. The corpse did not belong on this idyllic beach.
Johnny let out a long breath, forcing the muscles in his neck and shoulders to relax. Then he turned his attention to the doctor standing barefoot on the beach. She bent over to examine the body, going over it pretty thoroughly. He was grateful. She didn’t like doing police work. She thought her job was to keep folks alive, not figure out how they died; but she was the only doctor they had, and it reassured him to see her being so professional.
When the tiny woman stood up, Johnny went over to her. “He died from drowning, Mr. Cliff,” she said. “I want his body in my clinic and I need to run some other tests. I’ll send blood samples to Barbados for toxicology tests, but I’m guessing he died from drowning.”
Johnny stared down at the body; the skin was all wrinkled and bloated. He’d never seen a drowning victim before and it wasn’t pretty. “So he drowned…” he mused.
The doctor clucked at him. “Now I didn’t say that at all, Mr. Cliff and you won’t be putting your words in my mouth. I said I think he died from drowning. If I am right, he might have drowned, or he might have been drowned...'