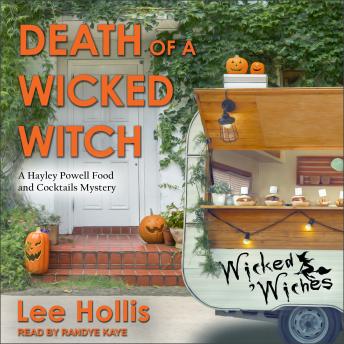 Death of a Wicked Witch

Bar Harbor, Maine, is quieter in the off-season, but the population has just increased a bit with the arrival of Tim and Trudy Lancaster. Tim's taking over for a retiring minister, and Trudy runs a food truck called Wicked 'Wiches. When she stops in at the Island Times office to place an ad, Hayley happily devours the sample sub Trudy offers-and the two become fast friends.

But when Trudy tragically dies in her truck while catering a Halloween party, suspicion falls on a cranky, competitive caterer who'd made veiled threats to Trudy. But the case becomes more complicated when Hayley's husband admits he'd seen someone dressed as a witch hurrying away from the food truck-not very helpful when countless women at the party wore the same costume. Now Haley finds herself sandwiched between witches and witnesses as she considers a smorgasbord of suspects. If she finds the killer, she'll be a local hero . . .

Death of a Wicked Witch