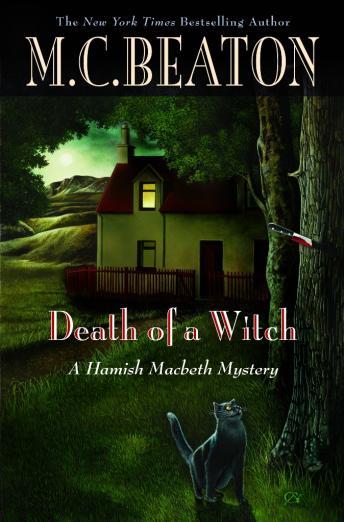 Death of a Witch

Returning from a disappointing foreign holiday, police constable Hamish Macbeth is worried. He learns that a newcomer, Catriona Beldame, is regarded as a witch and that various men have been seen visiting her. Hamish himself is charmed by her until he finds out that she has been supplying dangerous potions. At first the villagers won't listen to him, saying that the loveless Hamish has turned against all women.
When Beldame is found murdered and her home set ablaze, he must clear his own name and then work to solve yet another murder to bring peace and quiet back to his beloved village. His investigations are complicated by a romance with a female forensic expert. Perhaps the Scottish Highlands' most stubborn bachelor will get married at last!

Death of a Witch