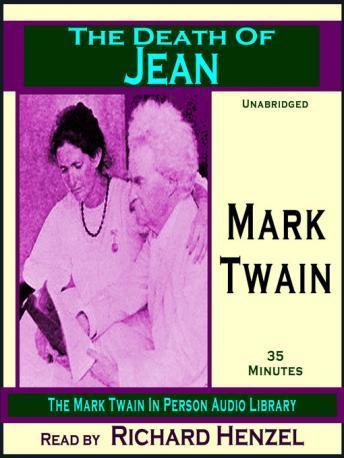 The Death of Jean

The death of Mark Twain's daughter, Jean Clemens, occurred early in the morning of December 24, 1909. A few hours later he was writing steadily. "I am setting it down," he said, "everything. It is a relief to me to write it. It furnishes me an excuse for thinking." Four hours later he said, "I have finished it...some day'at the proper time'it can end my autobiography. It is the final chapter." Four months later ' almost to the day (April 21st) - he was with Jean. A Mark Twain In Person Audio Library recording, narrated by Mark Twain interpreter and actor Richard Henzel.

This title is due for release on March 2, 2011
We'll send you an email as soon as it is available!