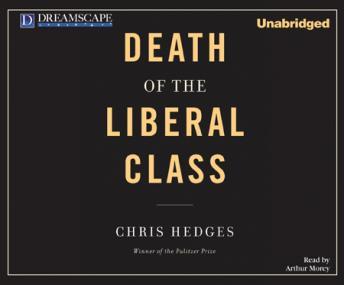 Death of the Liberal Class

The liberal class plays a vital role in a democracy, and posits itself as the conscience of the nation. It permits us to define ourselves as a good and noble people. Most importantly, the liberal class offers a safety valve for popular frustrations and discontentment by discrediting those who talk of profound structural change. Once this class loses its role, then democracy breaks down and the liberal class becomes an object of ridicule and hatred. The Death of the Liberal Class examines the failure of the liberal class to confront the rise of the corporate state and the consequences of a bankrupt liberalism, making the liberal class irrelevant to society at large and ultimately the corporate power elite they once served.

Death of the Liberal Class