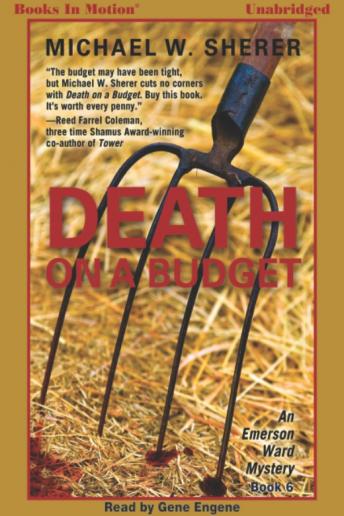 Death on a Budget

After the apparent shotgun suicide of Emerson Ward\'s childhood friend Lou Barrett, the Chicago freelance sleuth heads back home to Huntley, Ill., for the funeral in Sherer\'s sixth whodunit (after 2006\'s Death Is No Bargain). Meanwhile, Emerson\'s girlfriend, Nell Reilly, threatens to leave for Seattle with their two-year-old daughter, Emily, to visit her cancer-stricken mother. Emerson was planning to drive back to Chicago the afternoon of the funeral, but decides to stick around after Lou\'s sister, Meg Brodsky, asks him to investigate Lou\'s death. Danger erupts after Emerson asks too many questions about Lou\'s business partner, Pete Anderson, and a shady mall development that\'s left many investors in hot water. Emerson becomes increasingly alarmed as clues from the past dovetail with those from the present, leading to a surprising resolution.