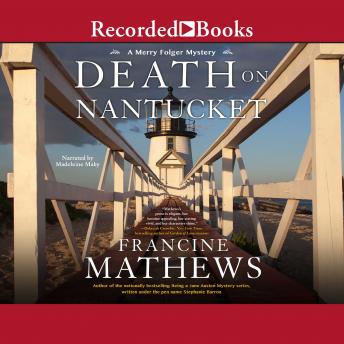 Spencer Murphy is a national treasure. A famous correspondent during the Vietnam War who escaped captivity in Southeast Asia, he made a fortune off of his books and television appearances. But Spence is growing forgetful with age; he's started to wander and even fails to come home one night. When a body is discovered at Step Above, the sprawling Murphy house near Steps Beach, Nantucket police detective Meredith Folger is called in to investigate. The timing couldn't be worse: It's the Fourth of July, Merry's planning her wedding to cranberry farmer Peter Mason, and her new police chief is gunning for her job. Merry is inclined to call the death at Step Above a tragic accident.until another member of the Murphy clan comes to a brutal end. As Merry grapples with a family of unreliable storytellers-some incapable of recalling the past, and others determined that it never be known-she suspects that the truth may be forever out of reach, trapped in the failing brain of a man whose whole life may be a lie.