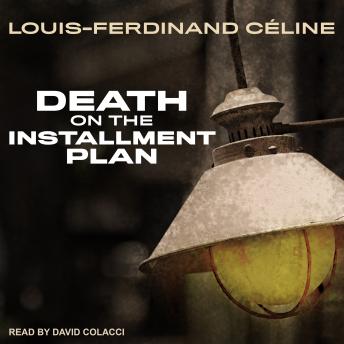 Death on the Installment Plan

Death on the Installment Plan is a companion volume to Louis-Ferinand Celine's earlier novel Journey to the End of Night.

Published in rapid succession in the middle 1930s, these two books shocked European literature and world consciousness. Nominally fiction but more rightly called 'creative confessions,' they told of the author's childhood in excoriating Paris slums, of service in the mud wastes of World War I and African jungles. Mixing unmitigated despair with Gargantuan comedy, they also created a new style, in which invective and obscenity were laced with phrases of unforgettable poetry. Celine's influence revolutionized the contemporary approach to fiction. Under a cloud for a period, his work is now acknowledged as the forerunner of today's 'black humor.'