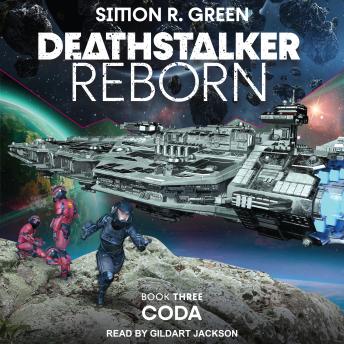 Lewis Deathstalker has succeeded at the impossible: he's found Owen Deathstalker, presumed dead for the last two hundred years. Owen's return strikes a crippling blow to the Empire as his military joins the rebellion. But Owen himself has a larger mission. He-and according to prophecy, he alone-must travel back in time to stop the steadily advancing Terror before the galaxy is destroyed, leaving his descendant Lewis in command of the growing rebel army.

Even as Emperor Finn Durandal's empire is on the brink of annihilation from the Terror, he will do anything, no matter how evil, to retain power. Lewis is equally determined to take Finn down and restore the rightful ruler to the throne.