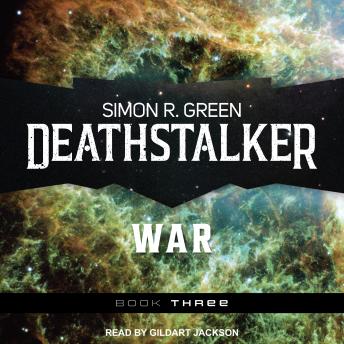 Fate had made Owen Deathstalker a rebel hero in an empire choked by tyranny. Embracing his warrior lineage for the sake of freedom, he stoked the flames of revolution, gathering the forces that one day must strike against Imperial authority. That day has come.

With his valiant compatriots Hazel d'Ark and Jack Random, Owen must now bring the uprising to a fiery conclusion. From the rebel strongholds of Mistworld and Virimonde to the Empire's mighty heart on the planet of Golgotha, the fate of humanity now depends on a clash of arms across light-years of space. But Deathstalker's desperate cause will need more than an army of courageous fighters to succeed-for the cunning Empress has some evil surprises to unleash . . .