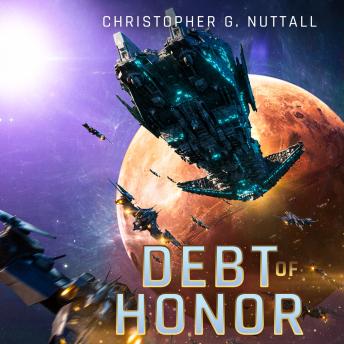 From the ashes of one galactic war stirs an ever greater threat in an epic new Kat Falcone series from bestselling author Christopher G. Nuttall.

A year ago, the war against the Theocracy ended. But it didn’t bring peace.

Admiral Kat Falcone was lucky—her side won the war. But without an external threat, Kat’s homeworld government, the Commonwealth, begins to burst. The galactic war may be over, but there is a civil war on the horizon.

Meanwhile, the Theocracy is making one final, desperate bid for power. As the external threat looms and the internal threat grows ever larger, Kat and William will need to join forces in order to save the Commonwealth. But it may already be too late.