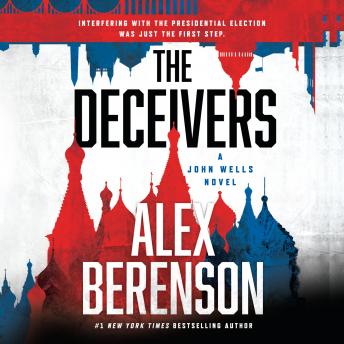 Interfering with the presidential election was just the first step.

The target was the American Airlines Center, the home of the Dallas Mavericks. The FBI had told Ahmed Shakir that his drug bust would go away if he helped them, and they'd supply all the weaponry, carefully removing the firing pins before the main event. It never occurred to Ahmed to doubt them, until it was too late.

When John Wells is called to Washington, he's sure it's to investigate the carnage in Dallas, but it isn't. The former CIA director, now president, Vinnie Duto has plenty of people working in Texas. He wants Wells to go to Colombia. An old asset there has information to share--and it will lead Wells to the deadliest mission of his life, an extraordinary confluence of sleeper cells, sniper teams, false flag operations, double agents high in the U.S. government--and a Russian plot to take over the government itself. If it succeeds, what happened in Texas will be only a prelude.

Really good. In fact so good, I wonder whether Berenson knows something the rest of us don't.

A finely-constructed plot—one of the better John Wells tales of recent vintage. Thoroughly enjoyable. And George Guidall remains one the true hall-of-famer readers...what a talent!

This title is gripping and very enticing