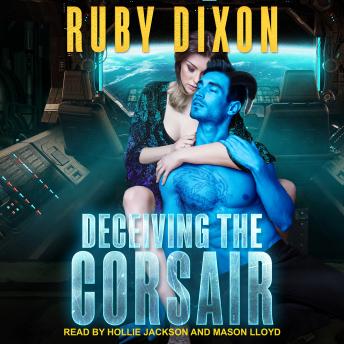 The crew of the pirate ship, the Lovesick Fool, are worried about their navigator, Sentorr. He's obsessed with working, spending all his time on the bridge. It's not work the big blue alien is truly obsessed with, though.

Sentorr's convinced that Zoey, a female navigator on another pirate ship, is his mate. She won't show him her face, though, or agree to meet him. She's happy to have steamy, late-night conversations with him over comm channels, though.

He's determined to find her and claim her, no matter what it takes. But when he does locate her and discovers that she's been lying to him about who-and what-she is, will he still love her?

Or is the fact that Zoey's human too much for this blue-skinned male?