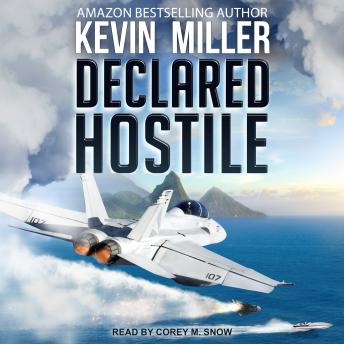 Wilson shot a glance over his right shoulder at San Ramon. In addition to the blinking of anti-aircraft artillery guns, he could see clouds of smoke on the field from the numerous Slash hits. Breathing through his mouth, he concentrated on getting fast and maintaining a slight climb. Bright fireballs of AAA shot by him in groups of three and four, orderly trails from low to high. His body was tense, ready for impact.

He felt and heard the thud behind, on his right.

Terrified, he twisted his body in the ejection seat to see what he could, pushing his helmet and goggles with his left hand to see over his wing. Through the narrow field of view of the goggles, he sensed flickering behind him. He then felt the airplane yaw right. Both were signs he had lost thrust on the right side.