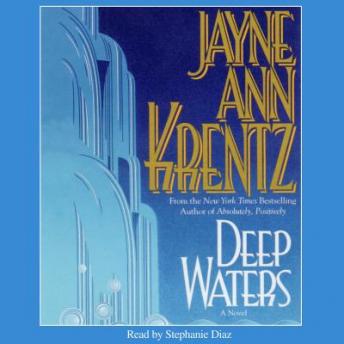 Charity Truitt and Elias Winter, two of the Pacific Northwest’s most powerful corporate figures, are both facing crises of career and the heart. Fate has brought them together in Washington’s tiny Whispering Waters Cove, each eager to downsize and simplify. They’re both determined to avoid mergers of any kind—but when they meet, the attraction is nothing short of blue-chip. And they definitely have at least one thing in common: A martial arts master, Elias is a novice at relationships; a formidable former CEO, Charity is starting in the mail room when it comes to love. But when the town is rocked by two shocking murders, Charity and Elias realize that they must join forces to catch a killer. Because behind the town’s sleepy façade run currents fed by treacherous secrets and Deep Waters.