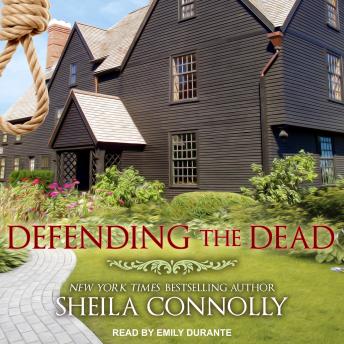 Abby Kimball has slowly accepted her recently discovered ability to see the dead, but none of the harmless sightings she's experienced could have prepared her for the startling apparition of a centuries-old courtroom scene-where she locks eyes with a wicked and gleeful accuser. Thrown back more than three hundred years, Abby realizes she's been plunged into a mystery that has fascinated people throughout American history: the Salem witch trials.

With her boyfriend Ned at her side, Abby digs into the history of the events, researching the people and possible causes of that terrible time and her own connection to them-all the while going more deeply into her connection to Ned, both extraordinary and romantic.

As Abby witnesses more fragments from the events in Salem and struggles with the question of how such a nightmare could have come about, she's suddenly confronted with a pressing personal question: Were one or more of her ancestors among the accused? Unraveling the puzzling clues behind that question just might give Abby and Ned the answer to a very modern mystery of their own.