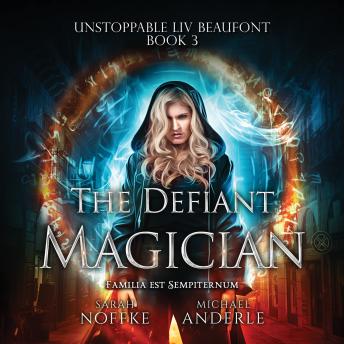 When the Council suddenly starts assigning Liv Beaufont dangerous cases, she's automatically suspicious. Do they want her dead? However, she isn't deterred when they assign her a case that no one would dare to go near. Even though Clark is worried for her, she won't back down. Liv is determined to prove that she's a capable and strong Warrior. She's uncertain about is what's hiding in the library. Decoding the ancient language of the Founders will take time. But the clues are adding up and Liv can't ignore that more than just magicians are affected by this mystery. It's big-much bigger than she thought. And more importantly, it's dangerous. Is it worth it to risk everything in the name of justice?