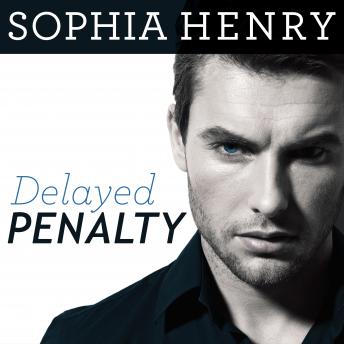 Auden Berezin is used to losing people: her father, her mother, her first love. Now, just when she believes those childhood wounds are finally healing, she loses something else: the soccer scholarship that was her ticket to college. Scrambling to earn tuition money, she's relieved to find a gig translating for a Russian minor-league hockey player, until she realizes that he's the same dangerously sexy jerk who propositioned her at the bar the night before.

Equal parts muscle and scar tissue, Aleksandr Varenkov knows about trauma. Maybe that's what draws him to Auden. He also lost his family too young, and he channeled the pain into his passions: first hockey, then vodka and women. But all that seems to just melt away the instant he kisses Auden and feels a jolt of desire as sudden and surprising as a hard check on the ice.

After everything she's been through, Auden can't bring herself to trust any man, let alone a hot-headed puck jockey with a bad reputation. Aleksandr just hopes that she'll give him a chance-long enough to prove that he's finally met the one who makes him want to change.

This title is due for release on November 27, 2015
We'll send you an email as soon as it is available!