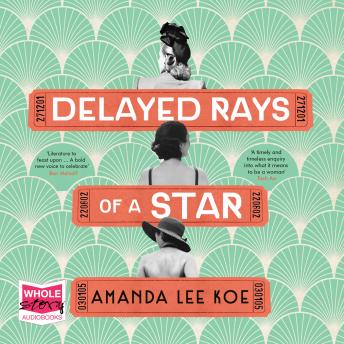 Delayed Rays of a Star

When a photographer captures Marlene Dietrich, Anna May Wong and Leni Riefenstahl in one frame at a party in Berlin in 1928, no one realizes the extent to which their lives will reflect the tumultuous decades that follow. Marlene crosses the Atlantic to find fame in Hollywood, the town that eats out of the palm of her hand till her wrinkles begin to show. After establishing her position as a filmmaker, Leni watches her fame turn to notoriety following the defeat of Nazi Germany. Nine and a half times out of ten films, the side characters played by Anna May must die so the white male lead can be returned to his white paramour on the screen. In the murky world these women navigate, their choices will be held up to the test of time. And the real question is, how much has anything changed?

This fierce and exquisite debut about womanhood, ambition, and art, played out against the shifting political tides of the twentieth century, introduces a mesmerizing new literary talent for our times.