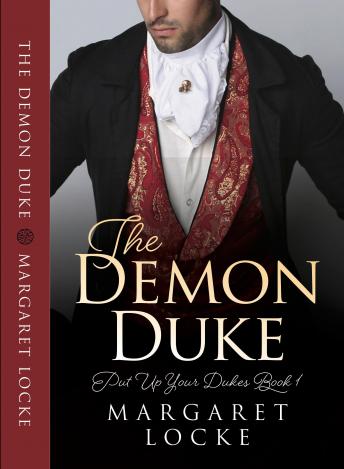 A duke tormented by a painful secret meets the bookish miss who just might save him from himself...


'Locke has outdone herself with this sensitive, splendid Regency and her portrayal of its disabled hero...(T)he real value to this romance is Locke's depiction of the lovers overcoming the social obstacles that others create out of fear and suspicion of Damon's disability. This tale of hope and courage will appeal to Regency readers across the board. - Publisher's Weekly Starred Review

Banished to Yorkshire as a boy for faults his father failed to beat out of him, Damon Blackbourne has no use for English society and had vowed never to return to his family's estate at Thorne Hill, much less London. However, when his father and brother die in a freak carriage accident, it falls on Damon to take up the mantle of the Malford dukedom, and to introduce his sisters to London Society-his worst nightmare come to life.


He never planned on Lady Grace Mattersley. The beautiful debutante stirs him body and soul with her deep chocolate eyes and hesitant smiles. Until she stumbles across his dark secret.


Bookish Grace much prefers solitude and reading to social just-about-anything. Her family may be pressuring her to take on the London Season to find herself a husband, but she has other ideas. Such as writing a novel of her own. But she has no idea how to deal with the Duke of Malford.


Will she betray him to the world? Or will she be his saving Grace?