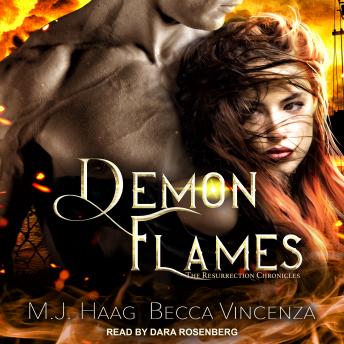 As hellhounds continue to roam and the zombie plague spreads, Drav leads Mya to the source of her troubles-Ernisi, an underground Atlantis and Drav's home. There Mya learns that the shadowy demons, who've helped devastate her world, are not what they seem.

Trapped in Ernisi, Mya tries to convince Drav to return her to the surface so she can continue her search for her family. However, he's determined to keep her where he knows she'll be safe. When Mya falls ill, Drav must choose between her and his people.