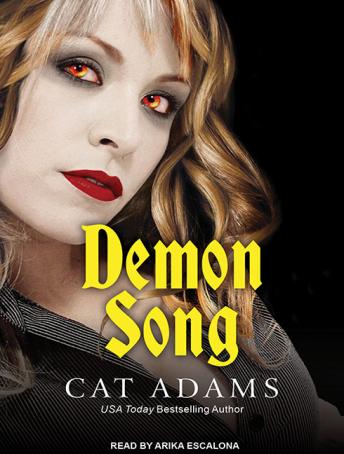 In a world where bloodthirsty vampires roam the night and street-corner psychics have real powers, bodyguard Celia Graves always thought she was an ordinary human-but that was never true.  By ancestry, she's half-Siren; a vicious vampire attack has turned her into a creature who finds sunlight painful and must take all her food in liquid form-but who still possesses a human heart, mind, and soul. Her bodyguard business is booming: who wouldn't want to be protected by a sexy woman who is half-vampire, half-Siren princess, and a crack shot?  Unfortunately, it looks like Celia may have little time to enjoy her new-found fame.A rift is opening between the demonic dimension and our own, threatening to set hell's denizens free (including the demon personally bent on destroying Celia).  Celia's recent troubles may have given her the unique combination of abilities needed to close the rift.  But to overcome a death curse which nearly guarantees her failure, she'll need to join forces with people she no longer trusts...and put people she cares about directly in harm's way.

This title is due for release on June 4, 2012
We'll send you an email as soon as it is available!