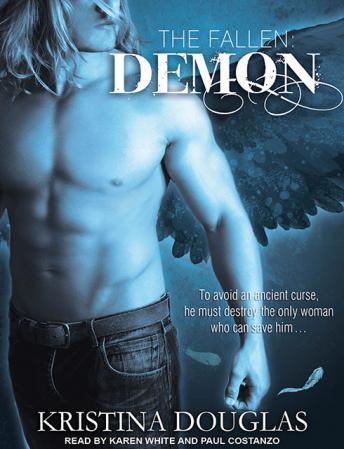 He's a devil of an angel. She's an angel of a demon. Angels and demons don't mix.

Azazel should have extinguished the deadly Lilith when he had the chance. Now, faced with a prophecy that will force him to betray the memory of his one true love and wed the Demon Queen, he cannot end her life until she leads him to Lucifer. Finding the First is the Fallen's only hope for protecting mankind from Uriel's destruction, but Azazel knows that ignoring his simmering desire for the Lilith will be almost as impossible.

Rachel Fitzpatrick wonders how Azazel could confuse her with an evil seductress. She's never even been interested in sex! At least not before she set eyes on her breathtaking captor. And now she can't think about anything else-besides escape.

Rachel stirs a carnal need in Azazel that he never thought he'd feel again. Falling for a demon-even if she has no idea she's the Lilith-means surrendering his very soul. But if he lets her go, he risks abandoning his heart, his dangerous lover, and possibly all of humanity, to Uriel's deadly wrath.