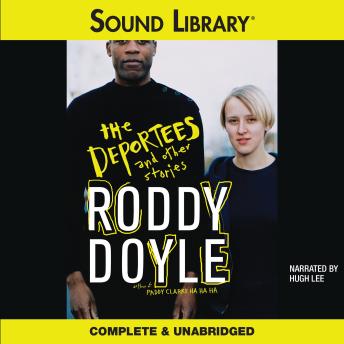 The Deportees: and Other Stories

The eight tales in Roddy Doyle's first-ever collection of stories have one thing in common: someone born in Ireland meets someone who has come to live there. New Boy describes the first day of school for a nine-year-old boy from Africa; while in The Pram, a terrifying ghost story, a Polish nanny grows impatient with her charge's older sisters and decides-in a new phrase she has learned-to "scare them shitless." In 57% Irish, a man decides to devise a test of Irishness by measuring reactions to three things: Riverdance, the song "Danny Boy," and Robbie Keane's goal against Germany in the 2002 World Cup. And in the wonderful title story, Jimmy Rabbitte, the man who formed The Commitments, decides that it's time to find a new band-a multicultural outfit that specializes not in soul music but in the folk songs of Woody Guthrie. With empathy and insight, The Deportees and Other Stories takes a new slant on the immigrant experience, something of increasing relevance in today's Ireland.

Deportees: and Other Stories