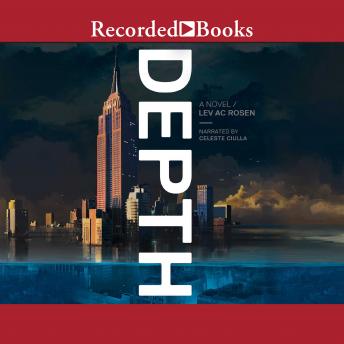 DEPTH follows private investigator Simone Pierce in a post-apocalyptic Manhattan submerged and surrounded by unforgiving ocean. Only the tallest skyscrapers are still habitable, fortified by cutting-edge Plasteel and connected by a network of bridges and boats (ranging from hyper-lux to barely seaworthy). A routine case turns into a deadly one and Simone finds herself in the middle of the city's most powerful factions, vying for control of what remains beneath the deadly waters. DEPTH is where Phillip K. Dick meets Raymond Chandler--a post-apocalyptic noir of intrigue, betrayal, romance and violence. Lev AC Rosen is the author of the critically acclaimed ALL MEN OF GENIUS (Tor, 2011). Little Brown Books for Young Readers will publish Rosen's middle grade book WOUNDABOUT in Summer 2015.' Phaidon, a publisher best known for its lavishly produced art books, hired Judith Regan as the CEO of a new division at the company called Regan Arts. DEPTH is the lead fiction title for the imprint's Spring 2015 launch.