Derek Jacobi In His Own Words 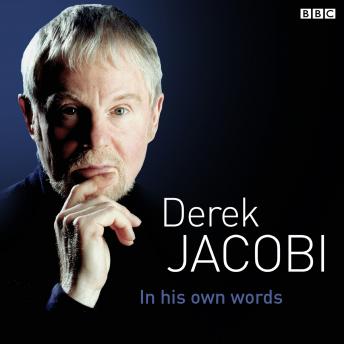 Sir Derek Jacobi is an award-winning actor who is famous for his many roles on television, film and on stage. He received a Tony Award for his performance as Benedick in the RSC's production of Much Ado About Nothing and is probably most famous for his TV roles in Cadfael and I, Claudius. In this collection we hear, in his own words, about his influences, his school years and early acting performances, as well as the many roles he has played. He talks about being a star and working with other famous names, and discusses playwrights, casting, Shakespeare, the skill needed in acting and future roles. Sir Derek also talks about his relationships - on and offstage - and about his personal beliefs and perceptions. Interviews include: radio archive interview (first broadcast 1 January 1976, featuring Louis Robinson); Desert Island Discs, BBC Radio 4 (first broadcat 10 June 1978, featuring Roy Plomley); The Brian Morton Show, BBC Radio Scotland (first broadcast 14 August 2000, featuring Brian Morton); Front Row, BBC Radio 4 (first broadcast 16 September 2004, featuring Mark Lawson); Front Row, BBC Radio 4 (first broadcast 19 November 2012, featuring Mark Lawson). Due to the age and nature of this archive material, the sound quality may vary.

Derek Jacobi In His Own Words

This title is due for release on May 3, 2013
We'll send you an email as soon as it is available!