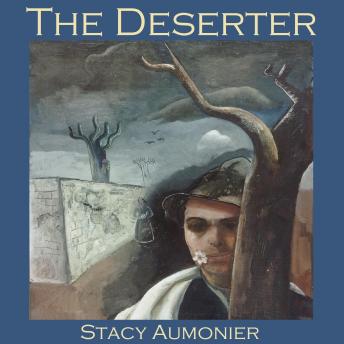 Stacy Aumonier (1877–1928) was a British writer, best known for his outstanding short stories. Nobel Prize-winner John Galsworthy described Aumonier as "one of the best short story writers of all time" and predicted that he would "outlive all the writers of his day."

Aumonier wrote over 85 short stories in his lifetime. He has been described as the "British Maupassant" owing to his captivating plots and his ability to create complex characters with just a few lines of carefully selected prose.

His intensely visual prose meant his works were readily adaptable to the cinema screen, and several of his short stories were adapted by Alfred Hitchcock.

"The Deserter" is a multi-layered story about a young man, Wainwright, who is called up to the Great War, but decides instead to desert. It is not that he is a coward, but he cannot identify with the cause of the Great War. He goes into hiding in the best possible place he can think of... and all seems to be going well. But then, one day, he meets Emma and falls in love. Suddenly he has a cause which he does believe in... somebody worth fighting for. Wainwright suddenly finds himself engaged in his own personal "Great War" and fighting just as formidable an enemy as the Germans.

But like in the "Great War" outside, Wainwright's is a bitter victory.