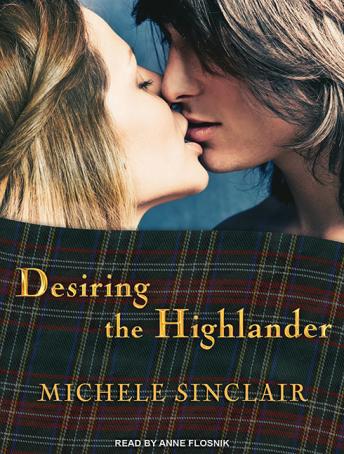 Seven McTiernay brothers, each a Highlander born to protect Scotland and her people, warriors known for their quick wits and quicker broadswords. The third brother, Cole, stared death in the face when he was only a boy . . .

Now Cole McTiernay is a man. And though he resists them in every way, he has responsibilities. The wild northern Highlands need a laird who can guide them to peace. Cole has the army strong enough to accomplish this task. What he doesn't have is the desire to be a leader among men.

And so he is sent off on a fool's errand: a mission to retrieve something from the very Englishmen Cole has spent his life hating. When he finds that the 'something' is a wild hellion, he balks, determined to make the return to Scotland as hard on her as it was for him to set foot on English soil. But though English herself, Ellenor intrigues him with her fierce spirit, and Cole's heart, deeply locked away for so long, may be vulnerable at last . . .