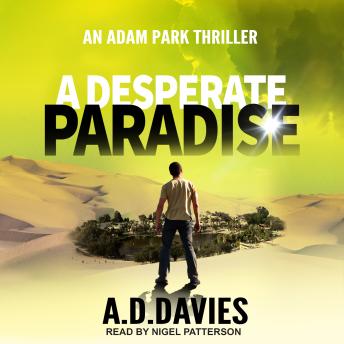 With a damaging, violent case behind him, Adam Park is happy tending to his late mother's canal barge, catching up on his reading, and hoping his increased training is never required. Unfortunately, he owes favors, and when an aid worker is murdered on the Greek island of Paramatra, one such favor is called in.

Kai Pace's parents believe the investigation into their son's death is deeply flawed, and Adam is tasked with reviewing the police's conclusions and-if found wanting-identifying the real killer. On an island struggling to cope with the influx of refugees from warzones across the Mediterranean, Adam must battle corruption and ruthless smuggling gangs, all amid people so desperate they will do anything to reach the paradise of the west.

If he cannot stay the course, and dig out the truth, a murderer will go free, and Adam will fall prey to the same evil. An international investigation that thrusts a private detective from the heart of Greece into northern Africa, where fear and violence will take their toll upon him, and challenge the very nature of his soul.