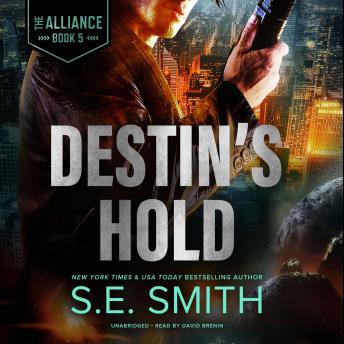 Destin Parks will do whatever it takes to rebuild the city he calls home, even if it means working with another alien ambassador. Her predecessor left him hesitant to trust the alien diplomats assigned to Chicago’s rebuilding, but Destin knows that if he refuses to work with them, he will be replaced, and he won’t give them the satisfaction.


Jersula 'Sula' Ikera is assigned to Earth by the Alliance and the Usoleum Council. The Councils hope her logical mind and calm demeanor will resolve the upheaval caused by the last ambassador. Sula has fought hard for her position, and while not pleased with her current assignment to liaise with humans, she will do her best to help rebuild the world its inhabitants have destroyed. What she does not anticipate is her reaction to the hardheaded human male who she has been assigned to work with. His ability to get under her skin and ignite a flame inside her is quite alarming, mystifying, and leaves her questioning her own sanity.


When Sula uncovers an alien cartel’s plans to traffic human women and children, a near fatal attack leaves her unable to trust anyone but Destin. Together, Destin and Sula race to stop the aliens before anyone is taken off-planet, but the traffickers are not the only ones they are fighting against; the Waxian and Drethulan forces have targeted Earth.


Can Destin and Sula stop the traffickers and prevent the deadly forces of the Waxians and Drethulans from destroying the progress they have made? Will the Alliance be able to protect Destin when the enemy discovers his connection to a powerful Alliance family? The battle for Earth has just become personal.