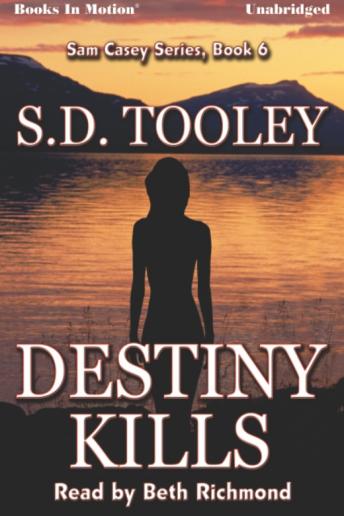 One week before her wedding a young woman strips, takes the time to fold her clothes, then calmly walks into Lake Michigan. When Sam Casey is asked to look into the death of a young mother who left her infant in a high chair, walked down the street and jumped off the overpass, Sam finds a strange similarity-they each received a phone call just prior to committing suicide. Both calls were from disposable phones and both calls lasted four seconds. Were these really suicides or something more sinister? To complicate matters, Sam\'s husband, Jake Mitchell, is working the case of a woman whose body was found near a golf course. But when Sam touches the purse strap used to strangle the woman, she hears the same word she connected to the two suicides-destiny. Sam is an investigative consultant for the Chasen Heights Police Department. When others deal in logic, Sam deals in the illogic. She has an advantage over other cops. The dead speak to her, tell her secrets about their life and death. But sometimes what she learns can get her killed. The 6th in the award-winning Sam Casey series combines mystery with an element of paranormal.