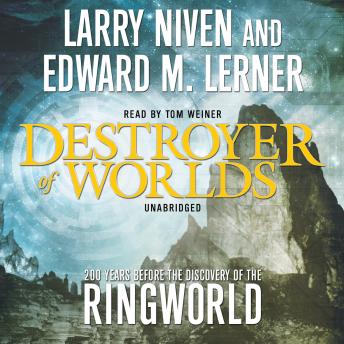 This book is a prequel to the Ringworld series, which is considered a classic of the science fiction genre.
Two hundred years before the discovery of Ringworld
The newly liberated humans of the Fleet of Worlds now face a new threat besides the sly Puppeteers: the Pak, a very smart and utterly ruthless species who are fleeing the exploding galactic core in an armada of ships at near light speed. The Pak are headed toward the Fleet of Worlds, having destroyed entire planets in their wake. Sigmund Ausfaller, who had been transported by the Puppeteers from Earth to the Fleet, is now sent with his human allies to reconnoiter and divert the Pak. A Pak is captured, but even a well-guarded Pak prisoner can be lethal. Sigmund and the human colonists must cope with many unpleasant surprises between the manipulative Puppeteers, the brilliant, violent Pak, and a new species called the Gw’oth, who seem to be allies but have their own agenda.

This title is due for release on October 11, 2009
We'll send you an email as soon as it is available!