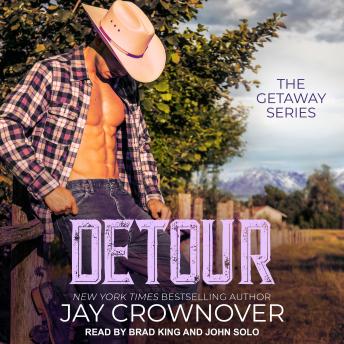 Wyatt Bryant is all kinds of broken.

Wyatt never planned to end up in the middle of nowhere. He was a big city guy, used to bright lights and constant noise. He needed both those things to distract him from the ugly memories of his past and the loneliness he couldn't seem to shake. Now, he is bound for the back roads of Wyoming because his younger brother is beyond worried about him. Wyatt never expected to live his life in the slow lane, and he really didn't see the breathless attraction to a small-town sheriff coming.


Rodie Collins is all kinds of conflicted.

Rodie had long since grown used to the snail's pace of life in Sheridan, Wyoming. He was accustomed to the gossip and malicious grapevine that was common in all small towns. Cruel words and judgmental looks followed him throughout his childhood and made him overly cautious as an adult. He had it easy keeping the peace in Sheridan most days, at least until Wyatt showed up. Rodie couldn't hide his attraction to the sexy former special agent, and there was something about the city slicker that made him want to throw caution to the wind. Rodie loves his job and his hometown, but he may have to pick between what he's always known and Wyatt when push comes to shove and long-held secrets come to light.