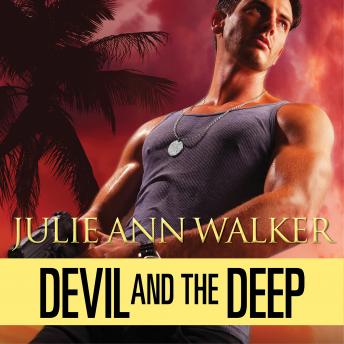 Devil and The Deep

Maddy Powers's life revolves around cocktail parties, political fundraisers, and charity events-but she can't forget the daring former SEAL who appropriated her father's yacht a few months ago . . . or the scorching kiss they shared before he disappeared into the deep blue sea.


Bran Pallidino carries a dark secret behind his lady-killer eyes-one that keeps him from pursuing a serious relationship with Maddy. But when she's taken hostage during a trip to the Dry Tortugas, the men of Deep Six Salvage drop their treasure hunt for a sunken galleon and embark on a dangerous mission to save Maddy.


As they fight her merciless kidnappers, they discover this isn't a simple hostage situation, but something far more sinister. Passion boils between Bran and Maddy, but what good is putting their hearts on the line if they don't survive the dawn?