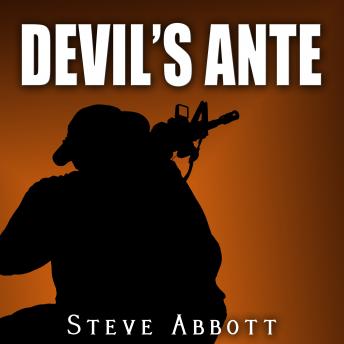 The murder business has a way of pulling you back in...Sean Addison is tired of killing in the name of Queen and country. The ex-SAS agent has vowed to never take another life, opting instead to see the world from his motorcycle. But when members of a notorious Columbian cartel try to steal his bike, Sean realizes it's impossible to keep his killer instincts at bay...Now with a vengeful cartel and a South American mercenary on his heels, Sean can't help but be swept up in a global power play. It turns out that the UK is willing to do anything to get at the mineral-rich deposits beneath the cartel's cocaine empire, and Sean's ex-partner has been hand-picked to carry out the mission...With the help of a CIA deserter, Sean's only way to get out of this mess alive is by putting murder back on the menu...Devil's Ante is a high-octane thriller set on the international stage. If you like high-stakes action, complex characters, and global power struggles, then you'll love Steve Abbott's gripping tale.