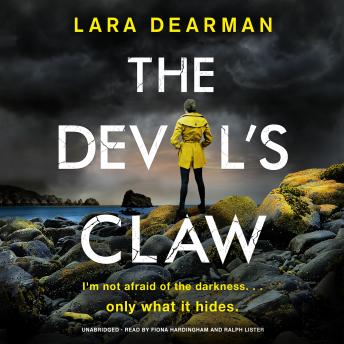 Following a traumatic incident in London, journalist Jennifer Dorey has returned home to Guernsey, taking a job as a local newspaper reporter. When she finds a drowned woman on a beach, Jennifer uncovers something much bigger and more sinister than she first thought.Jennifer enlists the help of DCI Michael Gilbert, an officer on the verge of retirement, to investigate a pattern of similar deaths over the last fifty years. They follow a dark trail of island myths and folklore to the illegitimate son of a Nazi soldier, whose painstakingly executed work has so far gone undetected. But as Jennifer gets closer to the truth of the killer's identity, she finds herself stepping deeper into his grasp.Jennifer thinks she's safe, but the dark hides sinister things in The Devil's Claw, Lara Dearman's exhilarating debut novel.