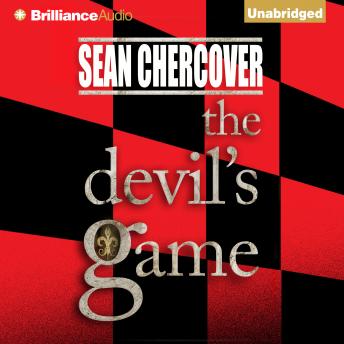 Daniel Byrne spent ten years as a Vatican investigator, scrutinizing and debunking miracle claims-until he burned that life to the ground when one investigation shook his faith and revealed disturbing earthly conspiracies. Determined to find the truth, he steps into a new life of secrets and lies, joining a powerful group that wields hidden influence over world events.

Daniel infiltrates a covert government facility and uncovers a bizarre new strain of the plague that seems to flood the minds of its victims with visions of the future. Teaming up with disgraced physician Kara Singh, a woman beset with inexplicable visions of her own, Daniel traces the root of this deadly pathogen around the globe and discovers a terrifying truth.

In this fast-paced sequel to the bestselling The Trinity Game, can Daniel navigate a shadow world of secrets and conspiracy to stop a pandemic with devastating global consequences?