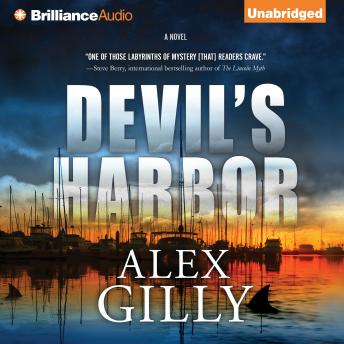 NICK FINN and his partner and brother-in- law, Diego Jimenez, are used to rough water. As Marine Interdiction Agents for Customs and Border Protection, they hunt drug smugglers, human traffickers, and other criminals who hide in the vastness of the waters surrounding Southern California.

One night, Finn and Diego track a boat off the Los Angeles coast, but it disappears before they can intercept it. They find a dead body in its wake, ravaged by sharks. Their investigation into the floater stalls when Finn is accused of using excessive force following the death of a suspected drug smuggler.

Then Diego is murdered-and Finn is the number-one suspect. As he races to find the real killer, Finn is forced to partner with Linda Blake, the desperate captain of the Pacific Belle and mother of Lucy, a very sick little girl.

To clear his name and save a child's life, Finn must attempt the one thing he has devoted his life to stopping-smuggle narcotics by sea into the United States...and avoid the net that his CBP colleagues have cast for him. With heart-stopping thrills, a Walter White–esque villain, and a fascinating hero, Devil's Harbor, by talented debut author Alex Gilly, is a thriller unlike any you have listened to before.