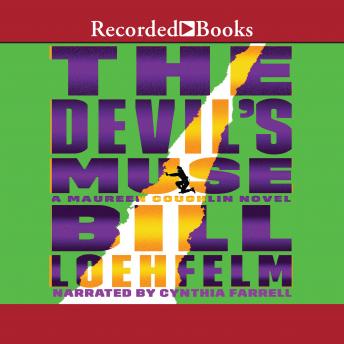 New Orleans's toughest female cop tackles her very first Mardi Gras Now that she's back on the force and her work with the FBI is over, Maureen Coughlin should have a quieter life. Until Mardi Gras rolls around, that is. New Orleans's biggest and most infamous party, Mardi Gras may be fun for the revelers but it's hell for the NOPD, who try to keep the peace on streets jam-packed with drunken parade-goers and the thousands of tourists pouring into the city to join the action. With all that chaos, the city becomes a breeding ground for crimes of all shapes and sizes. Maureen's Mardi Gras night starts with a bang when a man in pink zebra-print tights-and nothing else-runs past and throws himself onto the hood of a moving car. It only gets worse when she hears gunshots over the noise of the crowd. In the midst of the revelry, Maureen and her fellow cops must stabilize the shooting victims and hunt down the shooter, all while grappling with massive crowds, a camera crew intent on capturing the investigation for their YouTube channel, an incompetent on-duty detective, and race relations in a city more likely to mistrust cops than ever. It's going to be one very long night for Maureen