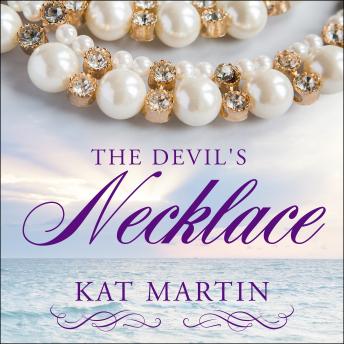 To British privateer Ethan Sharpe, Grace Chastain was nothing but a pawn for vengeance against Harmon Jeffries, the traitor responsible for his brutal years in prison. Believing Grace to be Jeffries's mistress, he plans to humiliate his enemy by seducing her.

Grace fears her priceless heirloom necklace has begun to live up to its curse when Captain Sharpe makes her his prisoner aboard his schooner. Defiantly she resists his coarse advances, and suspects there is more to this complex sea captain than his brooding anger and silent accusations.

But Ethan quickly realizes that she is not the wicked woman he imagined her to be. Grace is as headstrong as she is lovely, and the battle of wills that ensues weakens his resolve. Now Ethan must decide: can he settle the demons of his past and follow the destiny his heart commands?