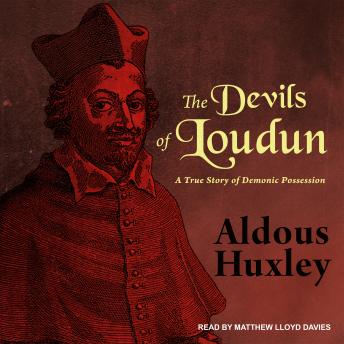 The Devils of Loudun: A True Story of Demonic Possession

In 1632 an entire convent in the small French village of Loudun was apparently possessed by the devil. After a sensational and celebrated trial, the convent's charismatic priest Urban Grandier-accused of spiritually and sexually seducing the nuns in his charge-was convicted of being in league with Satan. Then he was burned at the stake for witchcraft.

A remarkable true story of religious and sexual obsession, The Devils of Loudon is considered by many to be Brave New World author Aldous Huxley's nonfiction masterpiece.

Devils of Loudun: A True Story of Demonic Possession