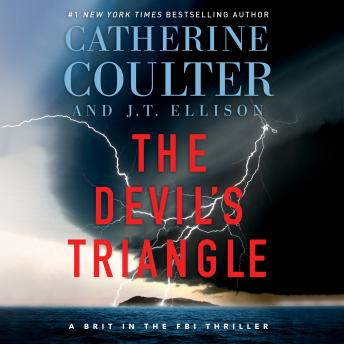 From New York Times bestselling authors Catherine Coulter and J.T. Ellison comes the highly anticipated thriller in their Brit in the FBI series, featuring special agents Nicholas Drummond and Michaela Caine in their new roles as heads of the Covert Eyes team—but will their first case be their last when the enigmatic and dangerous thief known as the Fox reappears? “He who controls the weather, will control the world. He who controls time, will never be around.” —Thomas Frey

FBI Special Agents Nicholas Drummond and Michaela Caine are the government’s Covert Eyes—leading a top-notch handpicked team of agents to tackle crimes and criminals both international and deadly. But their first case threatens their fledgling team when the Fox calls from Venice asking for help. Kitsune has stolen an incredible artifact from the Topkapi Museum in Istanbul, and now the client wants her dead. She has a warning for Nick and Mike: she’s overheard talk that a devastating Gobi desert sandstorm that’s killed thousands in Beijing isn’t a natural phenomenon, rather is produced by man.

The Covert Eyes team heads to Venice, Italy, to find out the truth. From New York to Venice and from Rome to the Bermuda Triangle, Nicholas and Mike and their team are in a race against time, and nature herself, to stop an obsessed family from devastating Washington, DC.