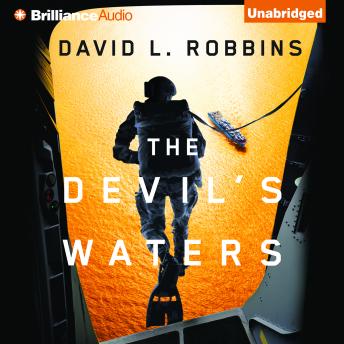 #1 of A USAF Pararescue Thriller

A giant freighter in the Gulf of Aden holds secret cargo that could bring down the governments of four nations. When Somali pirates grab the ship, the order comes down: get the freighter back, at all costs.

Only one combat group is close enough to respond before the hijacked freighter reaches Somali waters: the elite US Air Force pararescue unit—the PJs—stationed in Djibouti. Though their mission is to save lives, and their oath is “That Others May Live,” the PJs are battle-tested. The team doesn’t hesitate because one of their own, Sgt. LB DiNardo, is already onboard the hijacked ship.

LB has three tasks: provide intel on the pirates, stay alive until the team arrives, and withstand the humiliation of breaking the PJs’ cardinal rule: Never be the one who needs rescuing.

At the head of the pirates is the shrewd and ruthless Yusuf Raage, a clan leader who will sacrifice anything and anyone to keep his captured ship. The PJs have a mere hour to take down the ship before the Air Force blows it up. Even if they survive the wrath of Yusuf Raage, more secrets and danger await them.