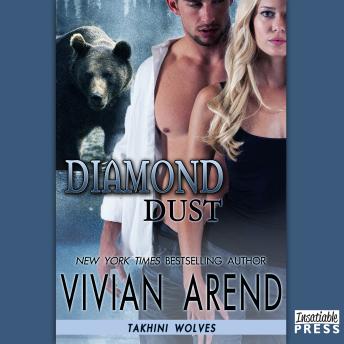 She can't shift, but she can shake their world. Caroline Bradley is having one hell of a week. Her wolf lover has sniffed out his mate, making her an instant free agent. Not only that, Takhini territory has been overrun with aggressive bear-shifters electing a clan leader, and the wolf pack is feeling the effects-pushing her diplomatic skills to the limit. Tyler Harrison is a grizzly on a mission. If he's going to win the majority of the bears' votes, he needs one final thing: a female companion. The only woman in town with influence over wolves, humans, and more bears than he'd like to admit, is Caroline. Despite the sexual pull between them, though, Tyler's not seeking a permanent relationship. And Caroline isn't looking to be anyone else's political pawn. But she should have remembered that when shifters are involved, changes happen in the blink of an eye. Warning: Billionaire bear hero plus kick-ass human heroine equals a sexually volatile power struggle. Get ready for what might be the naughtiest game of tag that's ever been played in the great outdoors.