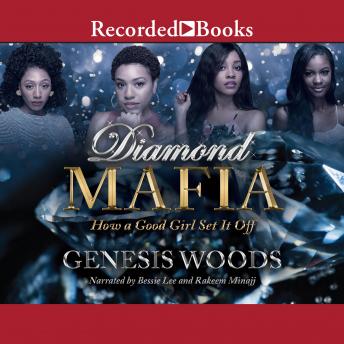 Diamond Mafia: How a Good Girl Set it Off

For as long as Bobbi, Lucci, Diamond, and Kay Kay have been in each other's lives, they have always had one another's back. Whether they were fighting other squads during homeroom or boosting outfits for college frat parties, neither girl has ever questioned the when, what, where, or why of their actions. For them riding for each other was automatic. When Bobbi presents her girls with a plan that would eliminate their financial burdens and have them set for life, one by one they jump on board. Never in a million years would they have imagined that this perfectly planned heist would be the very thing that put their lifelong friendships to the test. In the beginning, everything seems to be going smoothly for the self-proclaimed Diamond Mafia but when lies are exposed, disloyalty is discovered, and trust goes out the window these four women are faced with the task of forgiving one another and moving on or allowing one act of betrayal to destroy their cliques bond forever.

Diamond Mafia: How a Good Girl Set it Off