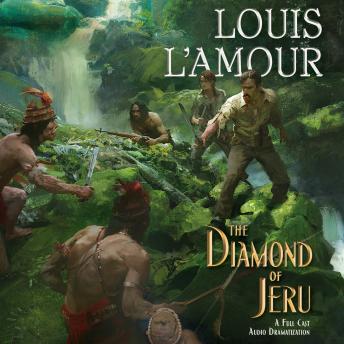 The Diamond of Jeru

An ex-Marine on the run from the nightmares of war. An American scientist and his beautiful wife on a desperate journey to save their marriage. An aging native shaman trying to teach his grandson one last, all important, lesson.  All are headed up an uncharted river into a confrontation with a mysterious warlord trapped by a deadly curse.

The Diamond of Jeru is a tale of love, redemption, heroism, and magic from master storyteller Louis L’Amour. Set in Sarawak in 1955, this full dramatization features an international cast of actors, cleverly crafted sound effects, and a stirring musical score that combine to create a unique audio adventure.

Praise for The Diamond of Jeru