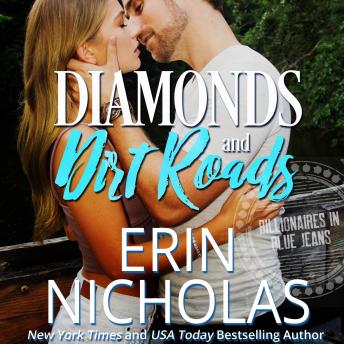 Diamonds and Dirt Roads (Billionaires in Blue Jeans Book One)


Attorney Evan Stone knows every crazy stipulation in billionaire Rudy Carmichael’s will. After all, he wrote it. And he’s determined to make sure each one is fully met by Rudy’s triplet daughters. Even if that means dating the workaholic CEO, Ava. Or pretending to at least. And even if it means resisting the so-right-for-him-she’s-totally-wrong party girl, Cori.


Cori’s only got three things on her to do list from her dad:

• Run his pie shop with her sisters for a year.

• No dating. For six months.


But stepping in for her sister when it’s clear that Ava and Evan aren’t fooling anyone with their “romance” isn’t really dating. And falling for her sister’s pretend boyfriend while pretending to be her sister…well, that’s ridiculous. No matter how real things feel whenever she and Evan are together.

Diamonds and Dirt Roads (Billionaires in Blue Jeans Book One)

This title is due for release on March 26, 2018
We'll send you an email as soon as it is available!